Gold has been used since ancient times in a myriad of ways, ranging from jewellery, coinage, sculpture, vessels and on buildings, monuments and statues. It was seen as a symbol of immortality and power, due to the fact that it does not corrode and its aesthetic qualities served as a means to demonstrate power and position for the ruling classes. It was mined by the Egyptians and the Romans and gold jewellery was worn by the Sumerians amongst others. But it wasn’t until later that people started to use gold as money and produce gold coins for distribution.

The emergence of gold as money in antiquity

According to archaeological evidence, the first gold coins in Westen civilisation were found in Lydia, the western regions of what is now known as Turkey in around the 7th century B.C. These coins were usually made of electrum, which is a naturally occurring alloy of gold and silver. In those times, the coins contained 45 to 55 percent of gold. They were bean shaped and stamped only on one side, with for example the image of a lion.

Later, during the 6th century, electrum coins were outlawed by King Croesus and coins had to be either pure gold or pure silver. The main reason was because the Greeks would not accept electrum coins, since electrum could not be found naturally in Greece. Therefore, in order to be able to trade with Greece, coins had to be pure.

The Persians also adopted the use of coinage in 546 B.C., as did Lampsacus, an ancient Greek city located on the modern day western Turkish shore, in the 5th century B.C. They first made use of electrum coins and in the 4th century B.C. they switched to pure gold coins, for the same reason as the Lydians: to encourage trade with the Greeks.

Even the Romans were now using a currency, albeit not gold or silver but unworked lumps of bronze. Rome was slower to adapt a gold coin. Only with the acquisition of Spain were they able to bring a significant amount of gold to Rome. They went on to acquire gold from the far reaches of their empire and the first Roman imperial gold coins were struck in 215 B.C.

Gold coinage in the Middle Ages

Many of the currencies that are in use today were derived from versions of Roman coins that were minted during the Middle Ages. The Byzantine empire had a gold coin called the ‘solidus’, which weighed about 4.5 grams. It was later joined by another gold coin, the ‘dinar’, which was minted in Damascus in about 690 and weighed 4.25 grams.

In the 1200s, Venice issued a gold coin, the ‘ducat’ and Florence issued the gold ‘florin’ coin. They were known for their purity and were widely accepted for international trade. Later, in 1266, France issued the first regal gold coinage and introduced the ‘ecu’. Similar gold coins were later struck in larger quantities.

England issued its first regular gold coin in 1344, the English ‘florin’, which weighed around 7 grams. Germany also issued a gold coin, the ‘gulden’ and The Netherlands issued the ‘cavalier d’or’.

Gold influx from the New World during the Renaissance period

With the discovery of the New World, gold and silver started flowing into Europe in the 1500s. In 1536, Spain’s Mexico City produced the first silver coins struck in the New World. However, the striking of gold coins was prohibited by Charles I of Spain. Gold was therefore shipped back to Spain, where it was struck into coins. This Spanish gold coin, the ‘pistole’, became the new standard for international trade.

In the 1600s, the flow of gold and silver from the New World slowed down greatly, when the Spanish ban on the minting of gold coins in the New World ended in 1675 and Mexico City started to produce its own gold coins.

In the 1700s the ‘ducats’ became the most prominent gold coins. Great Britain introduced a new sovereign in 1817 and a half sovereign was introduced the same year.

Gold coinage in other parts of the world

In China, locally produced gold coinage did not appear until the late 19th century. The Russians however, took advantage of their large gold deposits and produced more than 50 million coins during the reign of Nicholas I (1825-1855). The Ottoman empire struck its first gold coin, the ‘altun’, in 1478. India has a long-standing gold coinage tradition. They produced gold, silver and bronze coins as early as the 3rd century and this tradition continued for many more centuries afterwards. 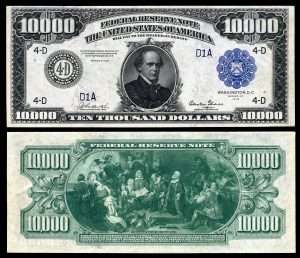 The abandonment of the gold standard in the 20th century

In the 20th century, gold coinage was discontinued. Britain abandoned the gold standard in 1931 and the United States did the same in 1971. The gold standard was replaced by fiat money.

The price of gold should be determined by its demand but has been ruthlessly manipulated by paper driven markets in recent years. However, gold is still a major financial asset for both countries and central banks and gold bullion can still be purchased as an asset from bullion dealers. With the impending collapse of the financial system, owning gold and silver could be a very wise move as a hedge against what is to come.

China has currency and gold reserves of over $3 trillion. They have no external debt. They are not a welfare [read more]

Researchers have demonstrated for the first time that gold micro-particles have so-called shape memory and self-healing properties. This is a [read more]

Yeltsin made sure Putin was his successor. Very smart move because he knew Putin would undo all the mess that occurred from 91 to 99.

Biden is our Yeltsin

Only blessing we can derive from current market machinations is that it is going to highlight those in the fintwit world who became PIs after 2008 and then convey to everyone they are seasoned financial service sector professionals. Anyone who actually is or was knows this.

You would have to have the IQ of a goldfish not to see this hypocritical stupidity.

Putin discussed a strategic partnership with Cuba and also in terms of trade, economic and investment cooperation.

Only it produced record amount of electricity in 21.

© 2020 The Sirius Report, All Rights Reserved