Central banks worldwide continued to purchase large quantities of gold bullion in November, according to the World Gold Council.

A net amount of 50 tons of gold were added to central banks’ reserves, especially in China.

China’s central bank bought the most considerable amount of gold, adding 32 tons of the precious metal to its reserves.

How much gold does China have?

China is the largest producer of gold in the world and also has a tremendous amount of gold in its reserves.

The exact size of China’s gold reserves is hard to ascertain, as the People’s Bank of China (PBOC) does not disclose its gold holdings. However, according to estimates by the World Gold Council, between 2002 and 2019 the Chinese government accumulated 1,448 tons of gold.

What are the implications of China’s gold reserves? 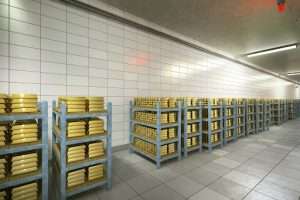 China’s gold reserves have important implications for both China and the global economy. For China, gold reserves provide a safe-haven asset that can be used to hedge against currency volatility.

As China’s currency, the yuan, continues to rise in value, the country’s gold reserves become more valuable, providing a helpful buffer to potential losses in other areas of the economy.

On the global level, China’s gold reserves have the potential to influence the price of gold as a commodity, as well as the stability of global markets.

Why is China Hoarding Gold?

China is believed to be hoarding gold for a few simple reasons. One is to increase its economic and political clout on the world stage. Gold is a valuable and reliable source of wealth, and having a large amount of it can be a sign of a nation’s economic strength.

Additionally, China may be hoarding gold as a form of diversification and protection from the fluctuations of other currencies, such as the U.S. dollar.

Also, gold is a safe-haven asset, meaning it can be a hedge against inflation and possible economic downturns. 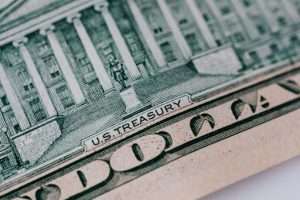 China’s government has long felt that the U.S. dollar holds an excessive influence on the world economy, and is actively working on a de-dollarization strategy. This includes diversifying its foreign reserve holdings, as well as engaging in bilateral currency swap agreements with other nations.

China is also a strong supporter of the BRICS gold-backed currency proposed by Russia, which would provide a new alternative to the U.S. dollar. This proposed currency, which is rumored to be a centralized digital stablecoin, would be backed by gold reserves held by member countries and could be used to facilitate trade.

While the gold-backed centralized digital stablecoin is still in the early stages of development, it has the potential to become an important tool in China’s de-dollarization strategy. So far, China has sold $24 billion worth of US Treasury Bonds, replacing them with gold and other fiat currencies like the ruble.

The Ban on Russian Gold Imports by the West Benefits China 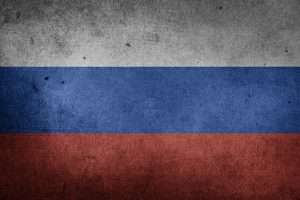 The ban on Russian gold imports by the West has been beneficial for China, as it has allowed China to increase its gold imports from Russia and become the world’s largest gold importer.

Additionally, the ban has increased the demand for Chinese-imported gold from European and American markets.

China will continue to position its gold reserves strategically as long as Russia continues to face economic isolation from the West.

China’s rising international status matches its booming financial position, meaning that it is beginning to make its mark on the world economy. By buying gold and increasing trade with BRICS members, China will have more leverage against the West’s financial system.

As many have observed, this move away from the U.S. dollar will likely mean that a BRICS gold-backed digital currency will become an increasingly accepted form of payment around the world. Gold will become more powerful than it once was, and this shift will pressure the West to either follow suit or keep pushing fiat – and possibly go the way of the dodo.

In a signal that the US is showing no sign of attempting to normalise relations with Iran, the National Iranian [read more]

China is increasingly advancing its position in the global energy arena, as one of the largest consumers and producers of [read more]

Superb in their day.

SunOS was excellent too.

The irony is that the US is continuing to push nations away from its sphere of what it terms democracy into the arms of what it terms authoritarian regimes like China and Russia and very few in the west are asking themselves why.

Claims dollar index was rising due to rising US interest rates.

DXY was a fake rally as we have said all the way along.

Not that recent weeks is something to get carried away with, but there are tentative indications that people are finally realising that current interest rates are an irrelevant consideration when it comes to now owning gold and by extension silver.

Incredible song from an incredible album released in 1992, Saw Tori in a venue with about 50 people promoting the Little Earthquakes album back then, the energy and intensity was offscale.

Oh and the fed increased interest rates by 25bp.