The Russian Ministry of Defence (MOD) have published a series of images which appear to indicate that US Special Forces have enabled the Syrian Democratic Forces (SDF) to advance unopposed through Daesh operational areas.

The following aerial photographs, courtesy of the Russian MOD, were taken in the period 8th to the 12th September which appear to show a significant number of American Hummer vehicles which are used by US Special Forces.

It is alleged that by moving unopposed through Daesh held areas the SDF were able to advance along the left shore of the Euphrates River towards Deir_ez_Zor. The images would appear to show clear evidence that US Special forces are located in Daesh strongholds with no evidence of any US coalition offensives to drive out the Daesh operatives. This would also suggest that the US coalition forces are able to move freely in and out of these Daesh controlled areas with no fear of attack.

The release of these images is a clear indication that as far as Moscow is concerned the gloves are now off. Whilst there is no doubt there has been extensive cooperation and back channels created, between Moscow and Washington, during ongoing operational activities inside Syria, they have grown tired of elements inside the US intelligence services who appear to be, at the very least, permitting Daesh operations to go unchecked.

What we can also say is that there is no doubt that these images are but a warning shot across the bows of Washington because Moscow will, in all likelihood, possess further and potentially more incriminating and highly damaging material. Whilst Washington will deny such claims and suggested these images are unreliable, the fallout at governmental and international levels will be significant. It is therefore imperative that the Trump administration privately addresses these and other operational issues inside Syria. otherwise the risk is yet further isolation of the US on the world stage. 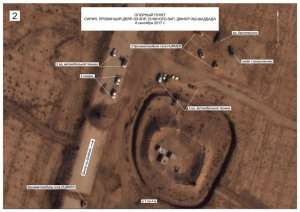 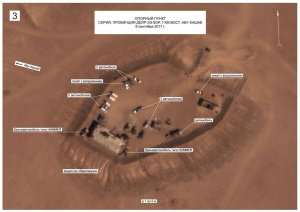 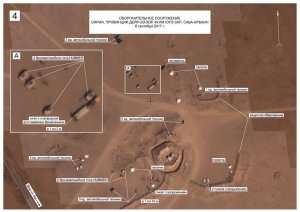 Russia and Its Growing Influence in the Middle East

Whilst many continue to regard Russia’s increasing sphere of influence in the Middle East with suspicion, we must guard against [read more]

The Fall of a Clandestine Empire That Has Shaped Modern History

Throughout history we have seen examples of the birth, development and expansion of an empire. Eventually they become too large, [read more]

De-Dollarisation and the Death of the World Reserve Currency

De-Dollarisation has been gathering momentum in recent years, not least via multiple trades agreements between Russia and China and independently [read more]

Ukraine in default according to Fitch and S&P

No prizes for guessing what happens next.

Wonder when Ukrainians will realise their nation is going to be gutted financially by predatory vultures?

Our local pub is now paying 150% higher energy bills annually than 12 months ago. It is set to rise further this autumn. It is very popular and their business model is faultless. But as the manager said to me yesterday, we are destined to go to the wall this winter.

Interesting to see how rapidly west is being engulfed by people who on one hand advocate tolerance, respect and free speech but only within constraints they approve of. So essentially they are authoritarian and in no sense libertarian. Crudely speaking they are utter hypocrites.

West is finally realising there aren't oil and gas supermarkets with Russian equivalent volumes being produced on the off chance someone someday might want to buy them.
.