The American Revolution, more resistance from Russia and final subjugation of the American banking system

1832: President Andrew Jackson (the 7th President of the United States from 1829 to 1837) runs the campaign for his second term in office under the slogan “Jackson And No Bank!” 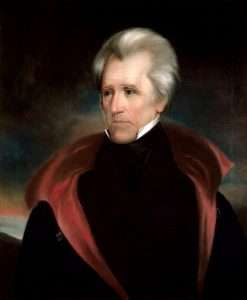 This is in reference to his plan to take the control of the American money system to benefit the American people, not for the profiteering of the Rothschilds.

1833: President Andrew Jackson starts removing the government’s deposits from the Rothschild controlled Second Bank of the United States and instead deposits them into banks directed by democratic bankers.

This causes the Rothschilds to panic and so they do what they do best: contract the money supply causing a depression. President Jackson knows what they are up to and later states:

“You are a den of thieves vipers, and I intend to rout you out, and by the Eternal God, I will rout you out.”

1835: On January 30, an assassin tries to shoot President Jackson, but miraculously both of the assassin’s pistols misfired. President Jackson would later claim that he knew the Rothschilds were responsible for that attempted assassination.

He is not the only one, the assassin, Richard Lawrence, who was found not guilty by reason of insanity, later bragged that powerful people in Europe had hired him and promised to protect him if he were caught.

The Rothschilds acquire the rights in the Almaden quicksilver mines in Spain. This was at the time the biggest concession in the world and as quicksilver was a vital component in the refining of gold or silver this gave the Rothschilds a virtual world monopoly.

1837: The Rothschilds send one of their own, August Belmont, to America to salvage their banking interests defeated by President Andrew Jackson.

1840: The Rothschilds become the Bank of England’s bullion brokers. They set up agencies in California and Australia.

Benjamin Disraeli (who would go on to become British Prime Minister twice) publishes Coningsby, in which he characterizes Nathan Mayer Rothschild as:

“The Lord and Master of the money markets of the world, and of course virtually Lord and Master of everything else. He literally held the revenues of Southern Italy in pawn, and Monarchs and Ministers of all countries courted his advice and were guided by his suggestions.”

Before his death he is asked what he regarded as his greatest achievement. He replied without hesitation:

“I Killed The Bank.”

This is in reference to the fact he banished the Rothschilds Second Bank of the United States in 1836.

1847: Lionel De Rothschild now married to the daughter of his uncle, Kalmann (Carl) Mayer Rothschild, is elected to the parliamentary seat for the City of London.

1848: Karl Marx publishes “The Communist Manifesto.” Interestingly, at the same time as he is working on this, Karl Ritter of Frankfurt University was writing the antithesis which would form the basis for Friedrich Wilhelm Nietzsche’s “Nietzscheanism.” This Nietzecheanism was later developed into Fascism and then into Nazism and was used to foment the first and second world wars.

Marx, Ritter, and Nietzsche were all funded and under the instruction of the Rothschilds. The idea was that those who direct the overall conspiracy could use the differences in those two so-called ideologies to enable them to divide larger and larger factions of the human race into opposing camps so that they could be armed and then brainwashed into fighting and destroying each other, and particularly, to destroy all political and religious institutions. The same plan put forward by Weishaupt in 1776.

“If my sons did not want wars, there would be none.”

1852: N.M. Rothschild & Sons begins refining gold and silver for the Royal Mint and the Bank of England and other international customers.

1861: President Abraham Lincoln (16th President of the United States from 1860 till his assassination in 1865) approaches the big banks in New York to try to obtain loans to support the ongoing American civil war. As these large banks were heavily under the influence of the Rothschilds, they offer him a deal they know he cannot accept: 24% to 36% interest on all monies loaned.

Lincoln is very angry about this high level of interest and so he prints his own debt free money and informs the public that this is now legal tender for both public and private debts.

“We gave the people of this republic the greatest blessing they ever had, their own paper money to pay their own debts.”

That same year The Times of London publishes a story containing the following statement:

“If that mischievous financial policy, which had its origin in the North American Republic, should become indurated down to a fixture, then that government will furnish its own money without cost. It will pay off debts and be without a debt. It will have all the money necessary to carry on its commerce. It will become prosperous beyond precedent in the history of civilized governments of the world. The brains and the wealth of all countries will go to North America. That government must be destroyed or it will destroy every monarchy on the globe.”

1863: President Abraham Lincoln discovers the Tsar of Russia, Alexander II (1855 – 1881) was having problems with the Rothschilds as well as he was refusing their continual attempts to set up a central bank in Russia. The Tsar then gives President Lincoln some unexpected help. 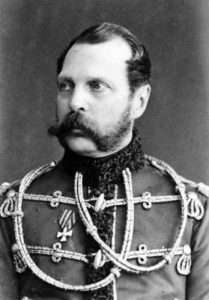 The Tsar issued orders that if either England or France actively intervened in the American Civil War, and help the South, Russia would consider such action a declaration of war, and take the side of President Lincoln. To show that he wasn’t messing about, he sent part of his Pacific Fleet to port in San Francisco and another part to New York.

[Editorial comment: interesting to note here that in this case, Russia and the United states were actively working together to squash the globalist ambitions of the Rothschilds. Something we will hopefully see again in the near future.]

The Rothschild banking house in Naples, Italy, C. M. de Rothschild e figli, closes following the unification of Italy. The Rothschilds use one of their own in America, John D. Rockefeller, to form an oil business called Standard Oil, which eventually takes over all of its competition.

1864: Rothschild, August Belmont, who by now is the Democratic Party’s National Chairman, supports General George McClellan as the Democratic nominee to run against President Abraham Lincoln in this year’s election. Much to the anger of Belmont, President Lincoln wins the election.

1865: In a statement to Congress, President Abraham Lincoln states:

“I have two great enemies, the Southern Army in front of me, and the financial institutions in the rear. Of the two, the one in my rear is my greatest foe.”

Later that year, on April 14, President Lincoln is assassinated, less than two months before the end of the American Civil War.

Following a brief training period in the Rothschilds London Bank, Jacob Schiff, a Rothschild, born in their house in Frankfurt, arrives in America at the age of 18, with instructions and the finance necessary to buy into a banking house there. The purpose of this was to carry out the following tasks: 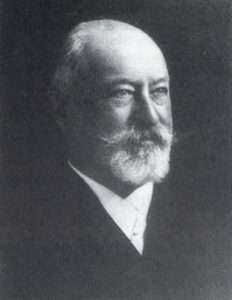 1.Gain control of America’s money system through the establishment of a central bank.

2. Find desirable men, who for a price would be willing to serve as stooges for the Illuminati and promote them into high places in the federal government, the Congress, Supreme Court, and all the federal agencies.

3. Create minority group strife throughout the nations, particularly targeting the whites and blacks.

4.Create a movement to destroy religion in the United States, with Christianity as the main target.

In what can only be described as yet another coercive move, it is quite clear that Washington’s decision to cut [read more]

When will the conduct of the DNC be investigated with respect to Ukraine?

Ukraine continues to make headlines for the wrong reasons as we will discuss in this article. What is perhaps most [read more]

Cuba Courts China and Russia. Will This Leave the US Sidelined Again?