Bank of England, the French Revolution and resistance from Russia

1806: Napoleon states that it is his “object to remove the house of Hess-Cassel from rulership and to strike it out of the list of powers.”

On hearing this, Prince William IX of Hesse-Hanau flees Germany, goes to Denmark and entrusts his fortune valued at $3,000,000 at that time to Mayer Amschel Rothschild for safekeeping. 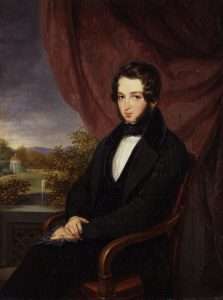 1811: The charter for the Rothschilds Bank of the United States runs out and Congress votes against its renewal.

Nathan Mayer Rothschild is not amused and he states:

“Either the application for renewal of the charter is granted, or the United States will find itself involved in a most disastrous war.”

However, the United States stands firm and the Charter is not renewed, which causes Nathan Mayer Rothschild to issue another threat:

“Teach those impudent Americans a lesson. Bring them back to colonial status.”

In his will he lays out specific laws that the House of Rothschild were to follow: all key positions in the family business were only to be held by family members; only male members of the family were allowed to participate in the family business, this included a reported sixth secret bastard son (It is important to note that Mayer Amschel Rothschild also has five daughters, so today the spread of the Rothschild dynasty without the Rothschild name is far and wide); the family was to intermarry with its first and second cousins to preserve the family fortune (of the 18 marriages by Mayer Amschel Rothschilds grandchildren, 16 were between first cousins – a practice known today as inbreeding); no public inventory of his estate was to be published; no legal action was to be taken with regard to the value of the inheritance; the eldest son of the eldest son was to become the head of the family (this condition could only be overturned when the majority of the family agreed otherwise).

This was straightaway the case and Nathan Mayer Rothschild was elected head of the family following his father, Mayer Amschel Rothschilds death. 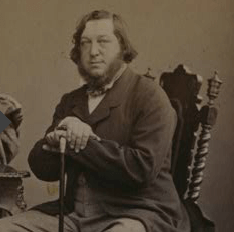 1814: With regard to the $3,000,000 Prince William IX of Hesse-Hanau had entrusted to Mayer Amschel Rothschild for safekeeping, for an account of what happened next we turn to the Jewish Encyclopedia, 1905 edition, Volume 10, page 494, which states: “According to legend this money was hidden away in wine casks, and, escaping the search of Napoleon’s soldiers when they entered Frankfurt, was restored intact in the same casks in 1814, when the elector (Prince William IX of Hesse-Hanau) returned to the electorate (Germany). The facts are somewhat less romantic, and more businesslike.”

This last line indicates the money was never returned by Rothschild to Prince William IX of Hesse-Hanau. The encyclopedia goes on to state,

“Nathan Mayer Rothschild invested this $3,000,000 in gold from the East India Company knowing that it would be needed for Wellington’s peninsula campaign.

On the stolen money Nathan made:

“No less than four profits:

i) On the sale of Wellington’s paper which he bought at 50 cents on the dollar and collected at par;

ii) On the sale of gold to Wellington;

iii) On its repurchase; and

iv) On forwarding it to Portugal.”

1815: The five Rothschild brothers work to supply gold to both Wellington’s army (through Nathan in England) and Napoleon’s army (through Jacob in France), and begin their policy of funding both sides in wars. The Rothschilds love wars because they are massive generators of risk free debt.

This is because they are guaranteed by the government of a country, and therefore the efforts of the population of that country and it doesn’t matter if that country loses the war because the loans are given on the guarantee that the victor will honour the debts of the vanquished.

Whilst the Rothschilds are funding both sides in this war, they use the banks they have spread out across Europe to give them the opportunity to set up an unrivalled postal service network of secret routes and fast couriers.

The post these couriers carried was to be opened up by these couriers and their details given to the Rothschilds so they always were one step ahead of current events.

Furthermore, these Rothschild couriers were the only merchants allowed to pass through the English and French blockades. It was these couriers who also kept Nathan Mayer Rothschild up to date with how the war was going so he could use that intelligence to buy and sell from his position on the stock exchange in accordance with that intelligence.

One of Rothschild’s couriers was a man named Rothworth. When the outcome of the Battle of Waterloo was won by the British, Rothworth took off for the Channel and was able to deliver this news to Nathan Mayer Rothschild, a full 24 hours before Wellington’s own courier.

At that time British bonds were called consuls and they were traded on the floor of the stock exchange. Nathan Mayer Rothschild instructed all his workers on the floor to start selling consuls.

This made all the other traders believe that the British had lost the war so they started selling frantically.

Therefore the consuls plummeted in value, which was when Nathan Mayer Rothschild discreetly instructed his workers to purchase all the consuls they could lay their hands on.

When news came through that the British had actually won the war, the consuls went up to a level even higher than before the war ended, leaving Nathan Mayer Rothschild with a return of approximately 20 to 1 on his investment.

This gave the Rothschild family complete control of the British economy, now the financial center of the world following Napoleon’s defeat and forced England to set up a new Bank of England, which Nathan Mayer Rothschild controlled.

Interestingly, 100 years later the New York Times would run a story stating that Nathan Mayer Rothschild’s grandson had attempted to secure a court order to suppress publication of a book which had this insider trading story in it. The Rothschild family claimed the story was untrue and libellous, but the court denied the Rothschilds request and ordered the family to pay all court costs.

Back to 1815, this is the year Nathan Mayer Rothschild makes his famous statement:

â€œI care not what puppet is placed upon the throne of England to rule the empire on which the sun never sets. The man who controls Britains money supply controls the British Empire, and I control the British money supply.

The Rothschilds also use their control of the Bank of England to replace the method of shipping gold from country to country and instead used their five banks spread across Europe to set up a system of paper debits and credits, the banking system of today.

By the end of this century, a period of time that was known as the “Age of the Rothschilds” it is estimated that the Rothschild family controlled half the wealth of the world.

Many of the European governments were in debt to the Rothschilds, so they figured they could use that as a bargaining tool.

However, the Tsar Alexander I of Russia, who had not succumbed to a Rothschild central bank, would not go along with the plan, so the Rothschild world government plan failed.

Enraged by this, Nathan Mayer Rothschild swore that some day he or his descendants would destroy the Tsar Alexander I’s entire family and descendants. Unfortunately he was true to his word and 102 years later Rothschild funded Bolsheviks would act upon that promise.

[Editorial comment: this shows that Russia has always been the cabal’s natural archenemy. If it weren’t for Russia, we would have had a world government centuries ago. This is again the case today.]

1816: The American Congress passes a bill permitting yet another Rothschild dominated central bank, which gives the Rothschilds control of the American money supply again.

This is called the Second Bank of the United States and is given a twenty-year charter. The British war against America therefore ends with the deaths of thousands of British and American soldiers, but the Rothschilds get their bank.

1818: Following the French securing massive loans in 1817 in order to help rebuild after their disastrous defeat at Waterloo, Rothschild agents bought vast amounts of French government bonds causing their value to increase.

On November 5th they dumped the lot on the open market causing their value to plummet and France to go into a financial panic. The Rothschilds then stepped in to take control of the French money supply. This was the same year the Rothschilds were able to loan £5,000,000 to the Prussian government.

1821: Kalmann (Carl) Mayer Rothschild was sent to Naples, Italy. He would end up doing a lot of business with the Vatican and Pope Gregory XVI subsequently conferred upon him the Order of St. George.

Also, whenever the Pope received Kalmann, he would give him his hand rather than the customary toe to kiss, which showed the extent of Kalmann’s power over the Vatican.

[Editorial comment: this suggests that the Vatican is under full control of the Rothschilds and not the other way around as some sources would have us believe.]

1822: The emperor of Austria made the five Rothschild brothers Barons. Nathan Mayer Rothschild chose not to take up the title.

1823: The Rothschilds take over the financial operations of the Catholic Church, worldwide.

The Fall of a Clandestine Empire That Has Shaped Modern History

Throughout history we have seen examples of the birth, development and expansion of an empire. Eventually they become too large, [read more]

US plans to undermine Venezuelan economy will not come to fruition. Moscow will support Caracas.

Uzbekistan government has stated there was an attempt to seize control of local government agencies by misleading the people and via foreign interference.

The reality of the Ukraine war continues to be reported.

Lives needlessly lost to continue a war that is driven by a western ideological hatred of Putin and Russia.

History will come to remember this.

I spoke today with a long-time Ukrainian soldier & contact who's been in Donbas since 2014; he's now in a leadership role. He was wounded by 82mm mortar days ago & hospitalized. 2 pieces of shrapnel remain stuck in him. He confirmed Ukrainian forces are suffering huge casualties.

TransContainer has opened scheduled service for cargo transportation along multimodal route between Russia and India.

Paper, rolled steel and abrasive materials will be the export freight traffic, while Russia will be importing electric appliances machinery, textile and foods.

An official Sri Lankan delegation will visit Moscow soon to discuss supplies of oil to the country.